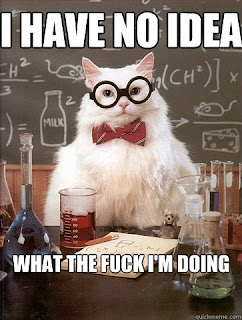 Were into the second month of the year already, my how time fly’s when your getting swole.

Insulin Sensitivity after Maximal Strength and Endurance Resistance Training.
If you only haven’t just connected to the internet some time in the last 24 hours and have an interest in body composition and nutrition chances are you will know the importance of managing insulin.  The success of diets that manage insulin levels by controlling carbohydrate intake are well documented both in the literature and anecdotal with the popularity of diets like Intermittent fasting and Atkins.  Gary Tubules has written three fantastic books on the subject, I would highly recommend: why we get fat and what to do about it as an easily digestible primer on the subject.
A popular and interesting sub topic is that of nutrient timing and to this end Elisabeth Hansen et al of the Norwegian University of Science and Technology looked at the effects of Maximal strength training and endurance training on insulin sensitivity and glucose uptake.  18 subjects where selected who fitted the criteria of being overweight and sedentary, they where then split into two groups of 9.
Group 1 engaged in maximal strength training (60-85% of 1RM 1-4 reps with 8 exercises, 5 bouts with no breaks in between sets) and group 2 engaged in endurance strength training (45-65% of 1RM, 3 bouts of 10-15 reps, 30-60 seconds break between bouts).
Maximal strength training resulted in an uptake in glucose uptake yet didn’t significantly effect insulin sensitivity.  Conversely endurance resistance training did not illicit greater glucose uptake but did increase insulin sensitivity.
The authors recommend that both interventions might be useful interventions for type II diabetes and the study does provide some support for the recommendations for timing carbohydrate intake after resistance training.
However one can’t but help wonder what the effects of real weight training (free weights, low and high rep sets involved in a wide variety of loads) are on insulin sensitivity. 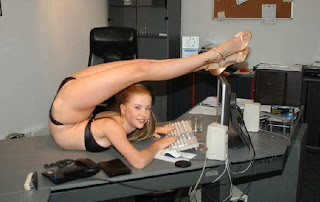 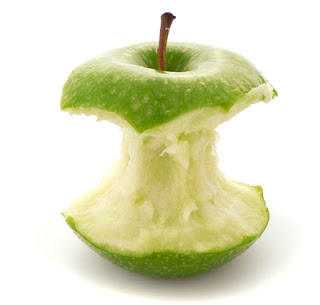 Justin shinkle et al of Indiana State University produced the co-relation fest that is this study.  They state that to date no dynamic test of “core performance” exists to address this matter they used a battery of medicine ball throws to asses this quality.  The study was carried out on 25 division 1 collegiate football players.
Their performance against a whole battery of performance tests (push press, back squat, bench press, agility etc.) where tested then co-related to their performance in the medicine ball throws the results and intricaies of which can be found here.
However I would like to draw you away for a second to look at this study in a different light, co-relationships provide descriptive data and have very little statistical power, this makes trying to establish cause and effect almost impossible.  The co-relations reported in this study range from 0.4 to 0.65 which represent a weak to moderate relationship.
Trying to extrapolate cause and effect from weak to moderate co-relations is a waste of time since it offers no power to your inferences.  In microcosm this study captures perfectly the problems I have with “core” training.  It doesn’t provide any real ways of establishing a relationship due to weak study design yet goes on to discuss it’s implications at length when it’s implications are statistically nothing.
The authors conclude with the following statement.

In sports, muscular demands vary greatly from athlete to athlete. This makes it very difficult to have 1 statement that will address all superiorities or inadequacies of the core. Currently, plank exercises are considered an adequate method of training the core for athletes to improve core strength and stability. The problem with these exercises is that they put the athletes in a nonfunctional static position that is very rarely replicated in the demands of sport-related activities. To train for the majority of sports, it requires a dynamic motion. According to the results of this study, it is recommended to train the lateral aspects of the core with specific dynamic exercises. The anterior and posterior aspects of the core are likely to be trained in conjunction with other sport-specific training—particularly closed chain kinetic exercises. Athletes play dynamically and should be trained dynamical.

I agree with the statement in a loose sense and agree that athlete’s should be trained dynamically however by dynamic I mean under significant load producing force demands superior of that provided to their sport.  The dynamic demands of keeping upright in a 200% body weight squat will far out weigh performing a plank whilst doing a cable raise.  The devil’s in the detail and the devil is absent in “core” training. 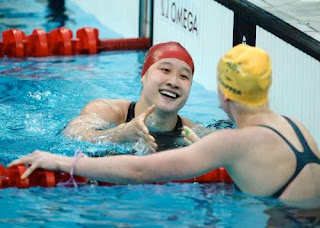 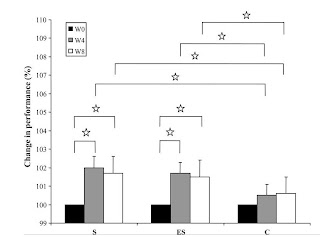 Note S = Dry Land, ES = Electrical Stimulation and C = Control.  Both intervention noticed a significant increase in swimming performance after the 4 weeks of intervention and maintained it after 4 weeks of De-training.  As you can see from the graph dry land had a slightly larger effect but it was not statistically significant.
The efficiency of electrical stimulation training has been known for some time and it is interesting to note the effect that non specific training has on an activity as long as it involves larger stimulus than the sport.  It would be nice to see electrical stimulation compared against a more robust strength programme for a non specific activity like swimming.
It would also greatly call into question the use of ballistic training for non ballistic athletes (I’m looking at your medicine balls!). 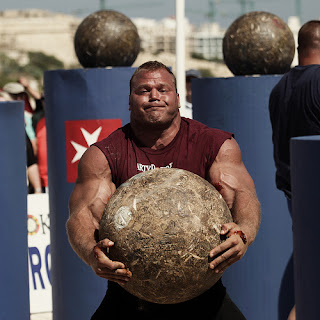 To close out this month’s installment I would like to take a look at a fun study where Paul Winwood et al of the University of Auckland looked at the relationship between strength (1RM back squat, bench press, deadlift and powerclean) and anthropomorphic measurements when co-related with strongman events.
24 semi-professional rugby players where used in the study and as such where classed as novice strongmen.  Below are the co-relationship matrix and table with all the measured components. 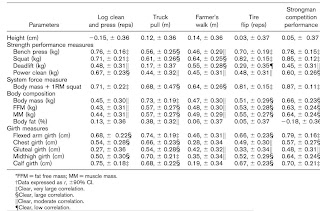 If you are unfamiliar with co-relation tests please visit this link  whilst I have stated previously in this article that it doesn’t provide much statistical power since I’m involved in strength sports some of these findings are quite interesting.
Probably the most interesting relationship was that when body mass and 1RM squat where added together to represent “total system force output” a relationship of .87 was shown which represent a very strong relationship.  Where as traditionally deadlift is thought to be far more relevant and it related moderately to very poorly with the events performance.
Bench press another exercise typically though to be of “little use” or “not specific” for strong man events co-related much better than dead lift on average (.78 vs .45) and even power clean (.78 vs .60).  Whilst this study holds very little power or veracity it’s still a curious and humorous in it’s findings.
So if you excuse me I’m going to bench press in preparation for Scotland’s Strongest Man under 105.