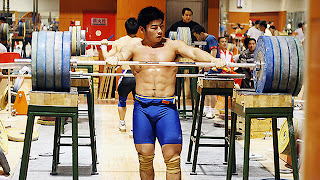 A touching tail of how a mongoloid with a fixation for lifting heavy used a sets x reps scheme he hated to fix his squat.

I suffered an acute injury in my groin during December of last year on my second squat attempt during the commonwealth power lifting championships.  I gave the injury complete rest for 13 days over Christmas then tried to train back squat, I managed to get to 140kg for a single rep and then had to stop due to pain.  Over the following 6-8 weeks I tried less weight and more volume, more weight less volume and nothing was really working, the injury got a better over time but it didn’t go away.

A combination of some remedial single leg work, light front squats and squatting heavier but with very little volume helped me to get some weight on my back again I manage to get to a 225kg pain free squat but the form was god awful.

As you can see in the video below my form resembles more a low bar squat and I am using a lot of hip extension to finish the lift.

That session was probably the best I had squatted in 12-15 weeks but my form had changed and I was finding 220 to be a very heavy weight.  I continued on trying to work up to a heavy single and then using some drops sets to get some volume in but nothing was improving.  Below is a graph showing my predicted 1RM for the top set of every squat work out I have done in 2012 thus far. 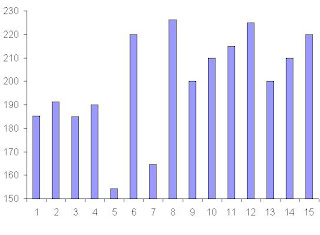 As you can see it represents a sporadic pattern something to note is that sessions 5+7 where deliberately light since it was form work.
Session 12 I had decided to start 5/3/1 to help to build my squat again but had to stop 5 reps in because my form was so bad, I managed to work up to a 225kg single but it was desperately ugly and I didn’t reckon I had any more in me, so I came upon the conclusion that something needed to change. 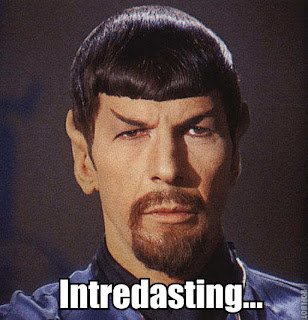 Session’s 13-14-15 the beginning of a beautiful friendship.
Over the years of training I have developed a mixed relationship with set x reps schemes and programmes that use them, I have always been of the opinion that programmes that don’t assume your going to do x weight on x date where a much better way of training for strength since they allowed for a maximal effort week on week with deloads being taken when they where actually needed.
I was getting gradually a bit stronger as the sessions progressed but I wasn’t getting any better at the skill of squatting, my form gradually became more and more compromised and not as efficient as it had been in the past and as a result it was becoming a real limiting factor.
I needed to practice… in the past I had been derisive of 5×5 as a loading scheme since for me it didn’t allow for heavy enough weights to be used that it allowed for 90%+ RM intensity and it didn’t allow for a true rep effort where you might take a 6 rep PB and turn it into a 7 or 8 rep PB.  It just put a volume load in….
For the position I had found myself though I required practice at the skill of squatting for just putting in a volume load was exactly what I needed.  25 reps with a reasonable weight a week to try and improve my form.
I decided to do the following

How does it look Practically.

Once I had settled on the idea of using 5×5 to give myself a chance to relearn how to squat I decided upon a fairly linear progression over 5 weeks to try and get myself to where I wanted to be, it looked like this.

I am currently in week 4 of the programme and need to perform the 190 5×5 work out but I have already seen some pronounced improvements in both my form and confidence.  As you can see from the videos below I have started to correct my position out of the hold by bringing my knees out and pushing my hips under the bar rather than trying to use “hip extension” to push the bar up, and by 200kg and 220kg squats in video 2 you can see I am much more confident and carry momentum from the hole to take away the need to try and grind the rep from the bottom.

I am not expecting this way of training to continue on forever and when it does eventually start to break down and stall out I will adopt a programme that allows for more session to session variation but I have learned some new lessons and reaffirmed some old points.