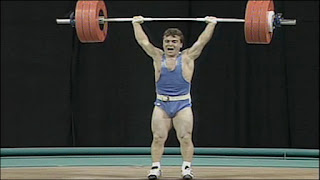 The weightlifting belt is a bit of kit that anyone who has spent any amount of time inside a weights room will be familiar with. It is also a bit of kit that receives a lot of attention both positive and negative. This article will look at the basics of what belts are, what they do and the different kinds of belts and their uses.

Why use a belt?

When performing exercises that introduce heavy spinal loading and compression (squats and deadlifts being the two most prominent examples) intra abdominal pressure of the lower abdomen is one of the main supporters of the spine. 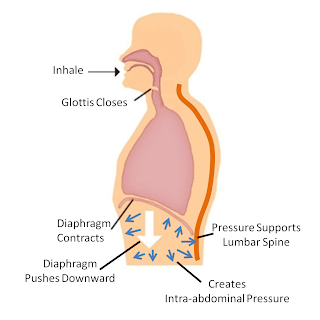 By taking in a deep breath into your gut and holding it you increase the volume of air and thus the pressure . More pressure leads to a firmer “bubble” of support for your lumbar spine. This is the reason you will hear people telling you to take a deep breath and holding it before you lift.  By placing a tight belt across the lower abdomen you reduce the area and conversely increase the pressure. This increase in pressure is greater than can be achieved when not using a belt and this gives the sensation of support one achieves by wearing a well made tight belt.

To create the greatest amount of intra abdominal pressure the best placement of the belt is low on the abdomen. The lowest point you can get the belt on without impeding your hip movement is superior. The below picture shows the correct placement of a weightlifting belt. 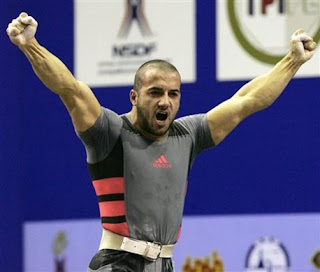 An error more common in the general gym community at large and powerlifting is placment of the belt higher up the back. This is usually to support spinal “hinging” caused by bent back postures when lifting heavy.  The lifter will commonly put the belt where they “hinge” this will happen in different places for some lifters but most commonly it occurs around L3 – L4. 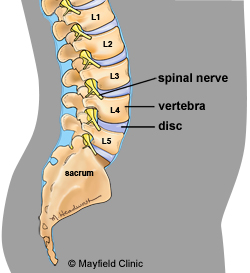 The desire to place the belt in this area is caused by a training history of incorrect postures when squatting and deadlifting which has lead to the lifter not developing and strengthening the muscles needed to maintain a neutral posture when lifting heavy weights.  This is a prime example of where removing the belt and working on strength in the proper positions may be of benefit.  This problem should only be manifest where correct coaching is not widely available for lifters.
When and Where may I wish to use a belt?
The use of weightlifting belts is more of a preference than a necessity for recreational lifters or athletes.  For powerlifters the use of a belt is more of a necessity due to the nature of the sport and the belts used (we will cover belt types at the end of the article.) a lifter will typically be able to lift more using a belt and therefore would be silly not to use one in competition.
For the initial stages of lifting (maybe for a year or so) I would personally steer lifters away from belts and hammer home good lifting postures and develop the strength necessary to hold good shapes under load.
Once good lifting posture has been established however the use of a belt is purely down to the athlete.  I would advise that to start with the lifter try only use the belt for lifts that represent a 90%+ effort.  This way they can use the belt as a “turbo boost” that will instantly add kilos to their lift.
This 90% effort could represent a balls out 10 RM set or a heavy single it’s down to perceived effort and not measurable metrics.
If an experienced lifter wishes to use the belt from the bar upwards that is their purgative and by the stage of being an experienced lifter everyone will have their own nuances and quirks.
Types of Belts. 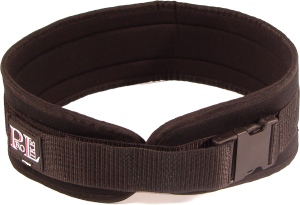 Neoprene Weight Lifting Belts – These belts offer a budget or entry option these will not offer a huge amount of support for very heavy lifting but are much more comfortable and inexpensive than leather belts.  Some weightlifters may prefer this style of belt due to its flexibility allowing for more comfort during deep squatting and dynamic lifting.  This is probably the most common style of belt. 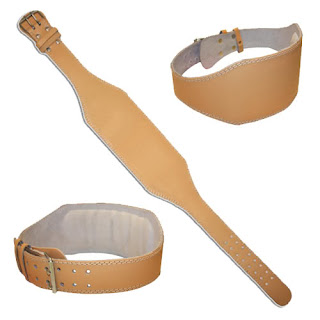 Leather weightlifting belt – unlike their 10mm powerlifting counter parts the leather double buckle weightlifting belt is tapered around the front to facilitate very deep squatting so the belt does not dig into the tops of the thighs at the bottom of a full squat.  These belts present a slightly more significant investment for the lifter but offer more support. 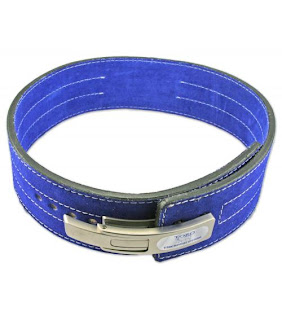 10 mm Powerlifting Belts – These belts are 10mm thick the whole way around and of the same girth this is to meet IPF specifications.  These belts come in four varieties lever (pictured), ratchet, double prong and single prong each with a different way of fastening the belt tight.  A 10mm powerlifting belt of good quality presents the largest investment for a lifter but they also convey the greatest support available.  The proper use of a 10mm belt can add 10-20kg (more or less) to a squat or deadlift due to the extra support.
Misc – neoprene back supports are sometimes used in strongman due to the dynamic and awkward loading presented by some events these supports are preferred by some competitors.
Conclusion
A good belt is a very worth while investment for any serious lifter regardless of your aim since the possible extra kilos it can add to your lifts may better serve your end goal.  Conversely if you don’t feel the need to use a belt while lifting than good for you however I wouldn’t knock it without first trying it.
Marc.
Previous Post
Next Post