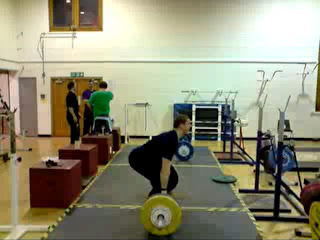 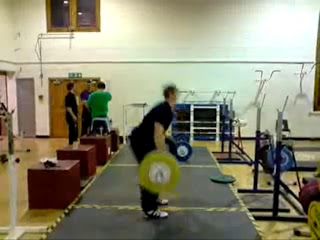 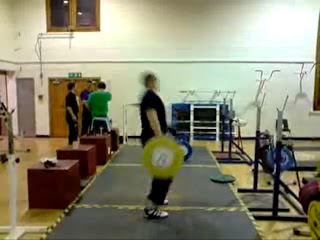 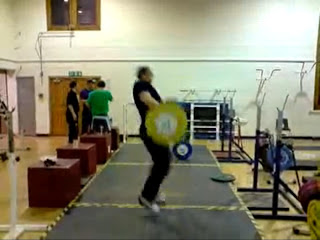 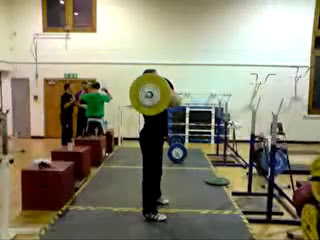 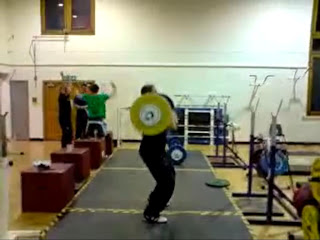 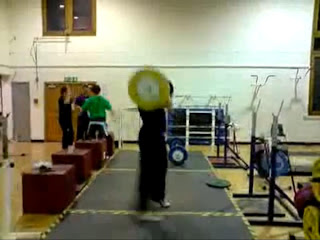 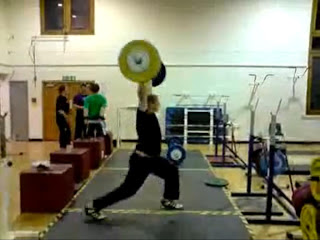 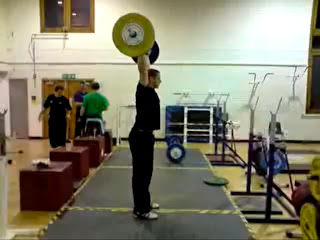 Lifter should start with their weight over mid foot.

Shoulders slightly in front of the bar.

Hips down and back straights (showing natural lumbar curve).

During the first pull the back angle to the floor should remain the same throughout.

The lifter should extend their legs moving the weight towards their heels.

This extension should continue till the bar is over the lifters knees and they are effectively at the bottom of a stiff legged deadlift.

The lifter should then move their knees forwards and shoulders back until the bar is in the “power” or “ready” position.

Their shoulders should be in line with the bar.

Weight back on mid foot with a good bench of the knee and a good angle at the hip.

The second pull involves a violent extension of hips and knees. This extension is directed by the lifters shrug.

The lifter should think about leading the pull with their shrug, shrugging up and slightly back, brining their hip in and extending at the knee hard.

They need to think about receiving the bar pulling themselves under with their arms.

When they meet the bar they should be squatting to a appropriate depth (above parallel in the case of a power clean).

The bar should be received on the shoulders with the elbows pointed up in a front squat position.

When the lifter has stood up they first need to adjust their grip to a full fist on the bar.

Pointing the elbows down but with the bar still resting on the shoulders.

The lifter should then dip with their weight on mid foot/heel about 4-6″.

When they reach the bottom of the dip they should reverse it immediately extending violently again at hips/knee/ankles in a very similar fashion to a jump again through mid foot.

Once the lifter reaches the top of their extension they need to drop under the bar.

This is achieved by splinting their feet forward and back (the lifter should try both feet for a period to find their preferred foot placement).

The amount of the split required will be determined by the height achieved by the drive placed on the bar.

The lifter should think about pushing themselves under the bar as they split.

When they receive the bar they should be solid with weight placed over the lifter and bars combined centre of mass.

The lifter recovers from the split position typically by taking two small steps backwards with the front foot and one larger step with the back foot.

They should stand straight with the bar affixed over head before dropping it and starting again.

That about covers the power clean and jerk.