One of the biggest hurdles to a lot of sports science data and the interpretation of sports science in data is the gap between the quality of observational studies and intervention studies. In an ideal situation scientists would produce a hypothesis or theory based on observational based research (such as an EMG study on muscle activity during two exercises) and would produce a well controlled intervention to try and disprove their theory or hypothesis.

Whilst this does happen, it happens in a haphazard manner and the controls afforded to the intervention study are of low quality at best. Too illustrate the point I will look at two current studies in the December issue of JSCR one observational and another intervention based and poke holes in design to holes sake.
Here are the two papers and their abstracts –

Taliep, MS, Prim, SK, and Gray, J. Upper body muscle strength and batting performance in cricket batsmen. J Strength Cond Res 24(12): 3484-3487, 2010-The aim of this study was to determine if upper body muscle strength (as measured by the 1 repetition maximum bench press) was associated with cricket batting performance. Cricket batting performance was defined by the maximum hitting distance during a batting task and batting average and strike rate during 1-Day and Twenty/20 (T/20) matches. Eighteen, provincial level, elite cricket batsmen participated in the study. Upper body muscle strength was found to be positively correlated with maximum hitting distance (p = 0.0052). There were no significant correlations between upper body strength, batting average, and strike rate for both the 1-Day and T/20 matches. The results of this study have implications for coaches choosing a particular batting line-up. Batsmen who have stronger upper bodies could be favored to bat when a match situation requires them to hit powerful strokes resulting in boundaries. However, coaches cannot use upper body strength as a predictor of overall batting performance in 1-Day or T/20 matches.

Da Silva-Grigoletto, ME, Fernández, JM, de Sá, CA, Gómez-Puerto, JR, Vaamonde, D, and Pérez-Jiménez, F. Fructose addition to a glucose supplement modifies perceived exertion during strength and endurance exercise. J Strength Cond Res 24(12): 3334-3342, 2010-The addition of fructose (F) to a glucose (G) supplement may modify the metabolic response during exercise; however, its effect on perceived exertion (PE) and its influence on postprandial metabolism have not been jointly studied in different types of exercise. This study sought to assess the acute effects of F addition to a G supplement on PE and on the postprandial metabolic response during a single bout of either strength exercise (SE) or endurance exercise (EE). Twenty physically trained men ingested an oral dose of G or GF 15 minutes before starting a 30-minute session of SE (10 sets of 10 repetitions of half squat) or EE (cycling). The combination resulted in 4 randomized interventions in a crossover design in which all subjects performed all experimental conditions: G + SE, GF + SE, G + EE, and GF + SE. Perceived exertion, heart rate (HR), G, insulin, lactate, and urinary catecholamine levels were measured before exercise, during the exercise, and during acute recovery. Perceived exertion during exercise was lower for GF than for G during SE and EE (mean ± SD; 8.95 ± 0.62 vs. 9.26 ± 0.65, p p p p p

The first study is an example of an observational study where two factors upper body strength (1RM Bench) and sports performance (batting performance) where put into co-relation tests after testing to try and weed out some significant relationships. In this study they found a very significant relationship between 1RM bench strength and batting distance. A follow up to this study would seek to disprove this assertion via intervention. The repeating of the study design and meta analysis would allow us to establish cause and effect as far as this relationship goes which would allow for well informed training strategies.

There are two problems with this in sports science repeating study design is rare and the majority of intervention studies are of low quality. 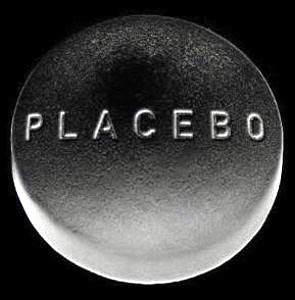 The next study is an example of an intervention design. The study chosen is of a reasonable quality however it suffers from three flaws that make any inference from this study almost mute from the get go because the inherent errors the omission of these controls introduce.

2 – No double blinding – The researchers or subjects where not blinded to the conditions as far as I can garner from the write up provided this lack of blinding allows any bias that may exist too creep through and taint the quality of the results significantly.

3 – Population size – In this study only 20 people where included in the study design since it was a cross over design this does not effect this design as it would other studies however 20 people would represent a very meagre population in any other field of science and doesn’t really warrant anything more than a pilot study or case study if we where to be scrupulous in our judgement.

The lack of power afforded by the omission of these controls and population size make inferences drawn from this study weak.

If we where to include the lack of similar designs offered by separate labs which have been put into a meta-analysis we can derive zero confidence in any cause and effect we take from this study.

This shows the biggest problem with designing a “science based” training approach the intervention studies are of such a low grade that any philosophy based solely on these tenants are not that much better off than those based on purely anecdotal evidence.

This lack of rigorous adherence to the scientific method should always be in the back of anyone’s mind when looking at the research produced. If not there are so many pit holes that you can inadvertently be dragged into as to hamper your efficiency as a practitioner.

Another reason why a strong practical base is SO important in this field.

When you combine a strong practical base with a strong critical mind that can pick out meaningful trends form observational and intervention data whilst being mindful of the problems hampering the research you will have a very strong base from whence to develop your training philosophies.