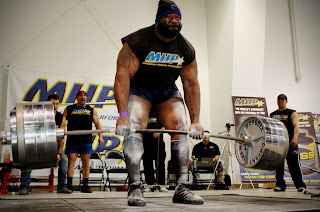 In the last instalment of this article series we looked at just what 5/3/1 was and we went over some of it’s merit’s.  In this article we will looks at some of the thing’s that I think can be improved and how to go about improving them.

As an exercise in programme writing I will walk you through how to modify the 5/3/1 template to suit 3 different end goals namely.
– Training to increase your top end strength (powerlifting/strongman as an example)
– Training to increase your strength and power (general sports performance)
– Training to get bigger (bodybuilding/general aesthetic goals)
Things to consider when modifying a template
When you look at a programme or template and wish to modify it to suit your goals there are some gross topics that you need to consider –

I will take my time to walk you through the three modified templates in the three seperate instalments it should prove as a useful tutorial in programme writing.