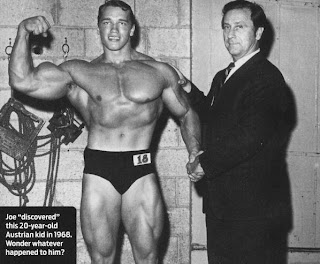 I was talking to one of the younger athletes I coach a couple of weeks ago about a flatmate he had previously told me was going to come and seek me out for some advice on programming for powerlifting.  He informed me that the aforementioned flatmate had now taken up basketball to which this young man was dismayed.  He then uttered a sentence that has resonated with me since.

“If your not going to stick with something, how will you ever become great at it?”

I don’t know if it was the self confirming nature of the sentence or the single mindedness that this young man possessed that made it stick in my head but it succinctly encapsulated a lot of what is important in success.  It’s not always the most gifted, the smartest or the most creative who succeed in life but more often than not it is the most dedicated.

When it comes to getting not just good, but great at something the simple-mindedness or obsession involved with constantly ramping up your performance is long and arduous road that not many dare tread.  It’s monotonous, unrewarding and physically draining to master sports especially sports where the financial or renown doesn’t exist, yet people do it.

People make their life something that only a few people care about, how many people could name Ed Coan and his achievements? Who outside of a very niche group of people know who Leonid Taranenko is and what his contribution to his sport was?  These are but two names in a laundry list of athletes who gave up decades of their lives and spare time to master a sport that no one knows or no one cares about.  Yet given a second run around at life I would be willing to bet they would do it all again.

Passion and Dedication are what separate the successful from the armchair experts, the greats from the novices and the winners from the losers.

Without the willingness to put yourself through hell to see the other side you will never see the fruits of your labour and will always be climbing the foothills only to descend to try and tackle another summit.  It is only those who stick out the long and boring climb who get to see the view from the top.

The people who change the world are the people with a passion or a burning desire to see something through be it for good or evil it is those with vision and drive who make history happen.  If you want to be a better powerlifter, bodybuilder, athlete, husband, wife, teacher whatever you want to be good at you need to be dedicated above all else to your cause.  Only then will you realise your potential.

I will leave you with a monologue from another single minded young man on what drives him to do what he does the lifter’s name is George Leeman.