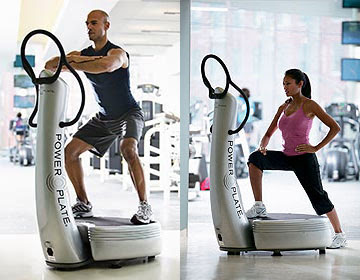 Welcome to the latest and greatest in exercise science whole body vibration training a modality that is guaranteed to shake the boat! (sorry first and last time I use a pun).
It is one of the hot topics in both published research and undergraduate dissertations the world over so given the influx of data we are seeing what do we know about this fruity intervention.
Well during the course of this short review we will have a look over what reviews or meta analysis exist in the area in respect to athletic performance measure and body composition since you are reading this blog I will assume these are the measures you care about.
Vibration Training and Athletic Measures
Strength
In a systematic review carried out by Rhen et al in 2007 (http://www3.interscience.wiley.com/cgi-bin/fulltext/118521385/PDFSTART) they looked at 19 studies that looked at the effect of whole body vibration (hence WBV) on lower body performance. The vast majority of the studies where on untrained healthy subjects they concluded that their is some mild to strong evidence to support that WBV provides strength increases in untrained or elderly subjects.
So vibration training it appears can offer some strength benefits when compared to no intervention how about in trained subjects or when compared to weighted protocols.
Ronnestad et al 2004 looked at the effects of squatting (smith machine) on a vibration device and without during the intervention the subjects where encouraged to increase the load in both groups. There was no significant difference between groups when 1RM and counter movement jump where measured. (taken from Rhen et al in 2007).
In a recent review of 6 studies Wilcock et al 2009 (Journal of strength and conditioning) concluded that out of the 5 studies they looked at in trained subjects there was some weak evidence that vibration training might have a small improvement on strength.
It should be noted that only two of those studies had a suitable control and intervention and one came up with not difference and the other came out significant for the vibration group.
In a review of 12 articles published in the Scandinavian journal of medicine in sport science they concluded that Strength training using WBV provided no or a very small increase in strength measures. (http://www3.interscience.wiley.com/cgi-bin/fulltext/118521386/PDFSTART).
It would appear that although there may be some positive evidence for the increase in strength using vibration training their is also quite a quite weight of evidence to contrary a full meta analysis of all relevant studies could better help answer this question.
Power
In Wilcock’s review 4 of the studies covered where provided both methodologically sound enough to be included in a small meta analysis with a combined effect size of .35 which equates too a small or medium effect.
The literature on trained subjects is scarce however it appears to have a low to medium positive effect on trained people. It has also been shown to have a positive effect on young untrained men (Rhen 2007) however they found that their was little evidence to show that it had such an effect on trained individuals.
Speed
Again Wilcock’s review showed 2 studies carried out on speed and WBV, these two studies came out with a small or non significant difference in speed after WBV interventions. Other literature on WBV and speed on trained subjects is not known to me.
Flexibility
In a study carried out by Sands et al in 2006 published in the journal of Medicine and Science in Sport and Exercise Science.
They looked at the effects of vibration training on ten highly trained male gymnasts both acutely and long term.
Interestingly they found a significant positive increase in both acute and long term conditions in favour of the vibration training. Showing a large effect size.
In 2008 Kinser et al published a similar study in the same journal looking at young gymnasts, they found a similar increase in flexibility and no adverse effect on muscular power.
In spite of a review the few studies in this area on highly flexible athletic populations point to a novel and significant use for vibration devices. 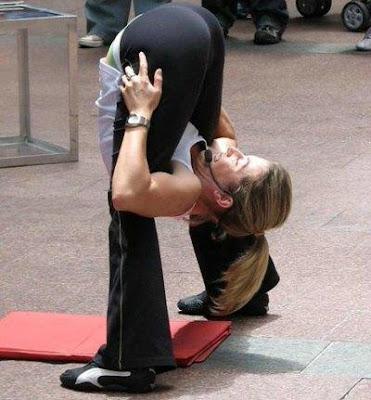 Connclusions for athletics and strength conditioning interventions.
Strength – It would appear that up until this point the evidence for strength gains is still very weak with no studies really looking at vibration training versus the established king of the hill barbell and free weights. It would be unwise to ditch traditional weight training for a power plate.
Power – There is some evidence for increases in power acutely and in a 8-12 week period when using WBV thus it may be of use to complement current warm up or power training procedures. However it would bear to keep in mind it is yet to be compared to seriously robust interventions such as plyometric or olympic lifting programmes.
Speed – It doesn’t look good for WBV and speed training given the small body of studies however there may be room for improvment but the current negative too neutral findings are not encouraging.
Flexibility – The one area where vibration training seems to be having a marked effect is in flexibility in the two studies cited it had a significant improvement on those with already high levels of flexibility.
How should it be used in context of a strength and conditioning programme?
It would appear that some areas need to be looked at in further detail however the current literature would support the inclusion of vibration training in a warm up context and also too compliment any current flexibility intervention. Next we will look at the effects of vibration training on body composition.
Till next time.
Marc.