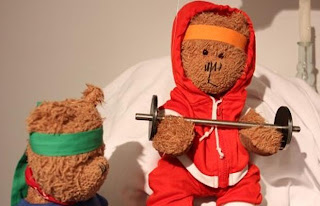 1 – Realise the intensity of your training isn’t just confined to doing sets of 1 to 3 reps with a maximal weight.

Intensity of weight training is typically defined as a percentage of your 1 RM in the majority of programmes whilst this is undoubtedly an indispensable tool for writing out planned periods of training I think makes people loose sight of intensity as a concept when it comes to training.

You can give a 100% physical effort with 1 reps, 5 reps, 10 reps or 20 reps it doesn’t matter what percentage of weight is on the bar if you give your all into a set then you’ve just given 100% intensity.  People get stronger doing 20 rep squat programmes that start with 70-75% of their 1RM and last for 1 set a week this doesn’t fit neatly into the accepted mantra that multiple sets of 5 are how you get stronger most efficiently or you have to consistently go to 1RM percentages to get better. 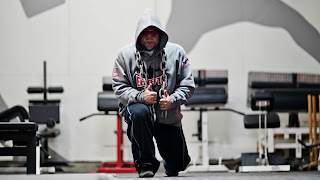 The internet and the American south west have a lot to answer for when it comes to accessory lifts and strength training.  The popularisation of all the gizmos and gadgets used in the westside barbell templates has lead to a lot of misinformation for your regular joe lifter.  Is hammering the shit out of your hips a good idea for a multi ply lifter who squats above parallel and uses the support of his suit around his hips to squat astronomically high numbers a good idea? Yes it probably is.  Is it a good idea for someone who can barley squat 300lbs to a good depth raw? Probably not.

Everything you perform in strength training is a skill wither you want to admit it or not, squatting with a barbell is a skill, benching with dummbells is a skill, lat pulldown is a skill.  Admittedly these are skills of different difficulty levels getting better at lat pull down not exactly a daunting task, becoming expert at the squat snatch however is one of the most difficult things in all of sport.

You lean forward in back squat because you are bad at back squat, your horrible rounded posture in deadlift that is leaving you sore for a week later isn’t because your “CNS is fried” whatever the hell that even means it’s because your hurting yourself with shitty form.  Your bench press isn’t weak as hell because your triceps are pathetically weak it’s because you look like your drawing stick men in the air with horribly inefficient bar paths.

Here is a check list I want you to answer honestly.

– Do I compete in powerlifting equipment?
– Have I been performing the exercise I want to improve for MULTIPLE sets x reps a week for a good few years?
– Do I have a recent injury that means a part of my body is compromised severely?

If you didn’t answer yes to one if not all of those questions then I want you to stop worrying about assistance exercise now.  I want you to look at your training for the last 3 months and look at the volume of practice you got at the lift.  Good now double that volume for the next 3 months and see if it doesn’t get better.

If you have been squatting for 1x a week and it’s not got better do a programme like Russian Squat masters for 9 weeks and watch your squat get better then come back and tell me your hamstrings where too weak and you where falling forward because herpty derp tenuous line of causality derpty do. 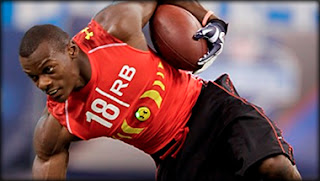 3 – Be at peace with the fact that training is a long term effort and the only short response your going to get is from steroids or something else that is currently or soon to be banned.

You’ve just started training and you want to some day squat 300 kg, bench 220 kg and deadlift 360 kg awesome now prepare to spend the rest of your life chasing these lofty goals!  I’m not writing this to discourage you from chasing those goals far from it, you should aim to be as strong as you can be if you want to lift for strength that’s what it’s all about at the end of the day.  But what I am trying to do is temper your enthusiasm a bit with some reality.

If you have been training for 3 years your can’t really expect to hitting milestones in raw lifting that few except for the most gifted naturals or diligent and hard working PED users achieve.  I am not saying your never going to achieve some eye poppingly huge lifts because you may well! You just have to realise that your in it for the long game.

Rome wasn’t built in a day nor are elite powerlifting or weightlifting totals it takes time, effort and consistently to reach high levels of strength.  You got a 200kg back squat after 2 years of training excellent achievement  Trust me when I say the next 100kg are going to be one of the hardest things your going to try and achieve in your life.

It took me 18 months to get to a 170kg bench press, it took me another 60 month to achieve just another 23.5% on that lift.  That’s 333% more time to achieve a 40 kg increase then it took to achieve a 170 kg increase.  If I took steroids could I realise another huge increase (relative to what I have done) in a short turn around? Yes of course I could.  Will this short response last indefinitely  No of course it will not.

There is a reason world records exist it’s because the last 30% that makes up the difference between being a decent lifter and being an exceptional lifter are relentlessly difficult to achieve.

With out single minded determinism, a rock sold work ethic, giving your 100% week in week out, pushing yourself to the point of injury on almost a weekly basis and above all the application of these factors over time your not going to achieve notable levels of improvement in a physiological sport regardless of the drugs you do or do not take.