A story published yesterday on the BBC newsbeat website (their children’s news show) seem to want to raise the agenda that extra protein intake was somehow dangerous.  This story is a classic example of horrible reporting and misrepresentation of what the actual scientific standing is on a subject, it just happens to be realvent to this blog since it is based on a sport supplement.
The original Story can be read here
For this article I will break down the article in quotes that form what I think to be the crux of the argument or meat of the piece.

There’s a warning that gym supplements are often doing more harm than good.

The British Dietetic Association (BDA) says high levels of additional protein can cause side effects.

These can include nausea as well as kidney and liver damage.

It wants clearer warnings about what is in the powders and tablets.

Manufacturers say consumers are well protected with only 11 reported reactions in 11 years.

First off there is no data presented in the “warning” or the original statement hasn’t been paraphrased or linked in the article.  The claims being made in the article are stating that excess protein intake causes nausea and kidney and liver damage.  In repost they offer unnamed manufactures offering that 11 reactions have been reported in 11 year….
No better than tit for tat bickering.  What does the research have to say on the matter…?
In a 111 paper review on the subject published in 2005 in the Journal of Nutrition and Metabolism Martin et al Sate the following

Recent trends in weight loss diets have led to a substantial increase in protein intake by individuals. As a result, the safety of habitually consuming dietary protein in excess of recommended intakes has been questioned. In particular, there is concern that high protein intake may promote renal damage by chronically increasing glomerular pressure and hyperfiltration. There is, however, a serious question as to whether there is significant evidence to support this relationship in healthy individuals. In fact, some studies suggest that hyperfiltration, the purported mechanism for renal damage, is a normal adaptative mechanism that occurs in response to several physiological conditions. This paper reviews the available evidence that increased dietary protein intake is a health concern in terms of the potential to initiate or promote renal disease. While protein restriction may be appropriate for treatment of existing kidney disease, we find no significant evidence for a detrimental effect of high protein intakes on kidney function in healthy persons after centuries of a high protein Western diet. – http://www.nutritionandmetabolism.com/content/2/1/25

One google scholar search would have sufficed to show that there is no empirical evidence to show that excessive protein has any negative impact in healthy populations.  It wouldn’t be too far outside of the remit of a professional to at least do some research on a subject before posting an article on one of the largest media outlets in the world.
To act as evidence to the claims of kidney or liver damage they then go ahead and quote a sound bite from one dietician who now is the voice of all the scientific community.

The Department of Health advises adults to avoid consuming more than twice the recommended daily intake of protein (55.5g for men and 45g for women).
Most adults will take this in during their normal daily meals.

There have been warnings before, most recently from the Food Standards Agency, which advises people not to take gym supplements containing DMAA.
The stimulant was being sold in the UK in some pre-workout and ‘fat-burning’ shakes.

The BDA argues there is now evidence to show excess levels of additional protein taken over a long time can cause health problems.
It believes people can get enough protein naturally from things like chicken and milk.

The BDA are but one body in a swarm of 10s whilst they may believe there is evidence to suggest these claims (of which the article show none)  I have yet to see a review article or meta analysis that would agree with there conculsions.  Of course there are some studies that agree but we go with the consensus of the evidence in science and not just cherry pick the studies that have outcomes that match our pre-determined view point.
The RDA of 55.5g for men and 45g for women is a ludicious metric since it doesn’t take into account any of the following factors
All of these factors can have a huge effect on the amount of protein you will require on blanket and inane number (55.5g I wonder where they pulled the .5 out of) is not a scientific recommendation it is a number plucked from the air.  A cursory glance at some review for protein requirements for strength and power athletes suggests an intake of 1.6 to 1.7g of protein per KG of bodyweight (Pillips et al 2007, Phillips 2004).
For a 75kg male lifter that would represent an intake of 123g of protein or 223% the suggested RDA in the article for what would be a small to medium sized person engaged in strength sports and that’s a recommendation pulled from the literature which would represents a pretty conservative intake. 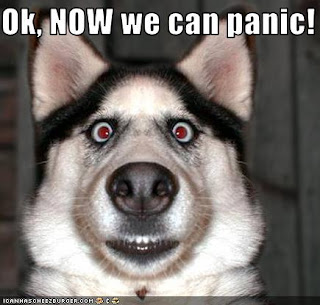 That pretty much ends any kind of meaningful or science based interaction we can have with the article now begins the bit that really gets my goat.  Now we start to wheel in the anecdotal evidence.

Richard Cook is 22 and a student from Chesterfield. He has been taking supplements for four years but says he had a bad reaction to one of them.

“It felt like I was on drugs. I was shaking and I got angry. It also had an effect on my girlfriend who didn’t want to be around me when a had taken it.”

Although he still takes protein and creatine gym supplements he says he has cut down from seven to four shakes a day.

“I started thinking to myself, with this one product, why am I taking it when I feel terrible?”

Ah yes Richard cook that corner stone of training knowledge and experience at the sagely age of 22 he has no doubt achieved a record of results and experience we could all be envious of and he isn’t just some mouthpiece drudged up from nowhere to provide a sound bite to flesh out a terrible article… wait there goes my sarcasm again.
If we look at the factual content of Richard’s comments (of which there is none outside of n=1) I severely doubt that protein intake effected his mood, I can’t really remember the last time I exploded with anger after a huge steak I’m normally pretty happy and full of delicious moo cow proetienz.
I’m glad he has cut back from 7 shakes to 4 his piss must have smelt like a god damned natural gas plant with all of the nitrogen he would have been pissing out.
Even with the sound bites he is afforded he doesn’t offer us the name of the supplments he was taking, the serving sizes, when he was taking them…. basically he is telling us sweet F A that we can use even as a case study.  His inclusion is a complete and utter waste of our time.
The Counter points are taken from the BBC news beat’s facebook page.  Again using such exhaustive investigation as to copy and paste some more mouth pieces from of all places a facebook wall.  This article represents nothing but fluff with no veracity outside of the opinions of those included only of one who has any professional credentials.
What’s the tangible effect of this kind of reporting?
If you have any kind of interest in sceptical thinking then you will be familiar with such joyous examples of nonsense as homoeopathy, spiritual healing et al and their relationship with the media.  Uncritical reporting of opinions leads to the misinformation of 99% of the general populace.
The upshot of this article might lead to people avoiding protein supplements or meats because they think they are “unhealthy” yet the same people will use the reports of red wine being good for your heart to throw back a couple of glasses a night. Replacing protein intake with chronic drinking all based off the cherry picked reporting of science in the media nice one.
This might be a spurious example but I had a medical doctor (a friend of a friend who shall remain nameless) asking me innocently enough what I thought of the story on the radio and if protein intake was dangerous.  If someone with 5 years of medical training can be lead to that opinion what chance does the layman have if they are being feed nonsense from a source that they believe to be reliable (the god damned BBC of all places).
Uncritical reporting can cause a lot of harm especially when it is afforded the huge public platform it has.  This article will be lucky to have a circulation of a thousand or more people.  The one I am responding too will have a circulation in the 10s of millions.
Why do I feel like I’m fighting a loosing battle.
Marc.
Previous Post
Next Post