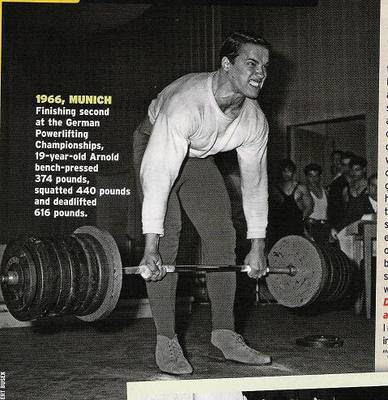 It is almost uniformly accepted in the strength and conditioning world that one should look to keep a “natural lumbar curve” when performing lifts such as the deadlift. There is a rational for this with biomechanical modelling showing that the spine is very prone to failure when either loaded axially (horizontal forces) and herniated discs are supposedly more likely when normal posture is not maintained.

There however exists a huge problem using indirect modelling of dynamic systems it omits many variables such as the development of the back musculature, bone density and the like. One of the earliest and most cited articles on spinal loading during powerlifting was published by SM McGill in 1991 (http://journals.lww.com/acsm-msse/Abstract/1991/10000/Lumbar_spine_loads_during_the_lifting_of_extremely.12.aspx).

Lumbar spine loads during the lifting of extremely heavy weights. Med. Sci. Sports Exerc., Vol. 23, No. 10, pp. 1179-1186, 1991. The reaction moments at the knee, hip, and L4/L5 joints, and the compressive and shearing forces on L4/L5 are documented in powerlifters competing in a national powerlifting championship. Analyses were made of 13 female and 44 male competitors. The joint moments and forces were estimated from a linked segment model (WATBAK) that incorporated functional low back extensor musculature with a moment arm of 6 cm and a line action that was oriented 5[degrees] posteriorly to the L4/L5 compression axis. This oblique orientation of the extensor muscles reduced the anterior shearing load on the vertebral motion unit. Average compressive loads on L4/L5 were estimated up to 17,192 N while the highest average L4/L5 and hip moments were 988 and 1047 N.m, respectively. The sumo deadlift style resulted in a 10% reduction in the joint moment and 8% reduction in the load shear force at the L4/L5 level when compared with the conventional lifting style. Formulation of linear regression equations to predict the load lifted using reaction joint moments yielded substantial unexplained variability, though significant relationships were found. This analysis suggested that there is large variability in the pattern of loading joints among national class powerlifters.

Only recently as 2007 has a journal been published that tried too address the methodological problems with indirect modelling techniques and ambiguous use of terms such as stability (article link – http://www.clinbiomech.com/article/S0268-0033(06)00223-3/abstract).
The factual evidence that backs up this idea isn’t very robust whilst it may indeed be the case that keeping your natural lumbar curve increases you safety when lifting weights their is little in the way of scientific evidence to back it up. Yet it exists to this day as dogma.
Figure 1 – Konstantinovs demonstrating what some might consider bad form with 400kg
Some of the work done on modelling spinal loading has been carried out on cadavers which in itself very useful for extrapolating onto how forces applied on the spinal column should be optimally loaded in a theoretical sense. However it does not take into account the actions of the musculature and adaptations developed through weight training. This over sight makes cadaver studies less valid for the the modelling or study of heavy weight lifting.
Spinal Adaptations to Weight Training a brief look
Two studies one on elite teenage male weight lifters (1993) and one carried out on college powerlifters (1998) showed that bone mineral density was significantly greater than controls. Studies both epidemiological and experimental have found the same findings. To use an extreme example the here is an abstract of a scan taken of the then current world record squat holder who exibited perfect spine health and was subbjected to 200% more stress than thought possible previously.

Weight-bearing exercise is known to improve bone mineral density, however, excessive forces exerted on the lumbar spine can be pathologic. Cadaveric studies have calculated a hypothetical “critical compression force” at which the lumbar spine would suffer collapse. In addition, recent studies have suggested that bone density correlates with strength. Thus far studies have failed to examine elite power athletes to determine the possible upper range for bone mineral density and critical compression force. Therefore, we recruited the current world record holder in the squat lift, with a record squat lift > 469 kg, for an examination of lumbar spine bone mineral density. The subject had dual energy x-ray absorptometry (DEXA) and magnetic resonance imaging (MRI) performed of the lumbar spine. The subject also had serum chemistries, cell blood count and testosterone levels performed. DEXA scan revealed the highest bone mineral density reported to date. MRI revealed normal alignment, no evidence of disc herniation or compressive disc disease. There was no frank or neural foraminal canal stenosis. The estimated compressive force generated on his lumbar spine during the squat lift of > 469 kg doubles the previously reported critical compression force. This case study supports the previously described relationship between strength and bone density and redefines the upper limits of bone density in strength athletes.

This is an example of the size of error that omitting adaptation from modeling of the spine has this reduces the power of the finding of any indirect studies drastically.

The lack of epidemiology data to support the conclusion that weightlifting with what might be considered improper posture in extremely heavy lifts combined with the methodological problems with existing data would suggest that their is still quite a lot of room for wiggle than may be presented in governing body statements of good or bad form.

The aim of this article is not to promote rounded lifting techniques it is just to show case the problems and holes in existing sports science “dogma” nothing is a black and white subject especially when the science suggesting the subject is black and white is of low quality.