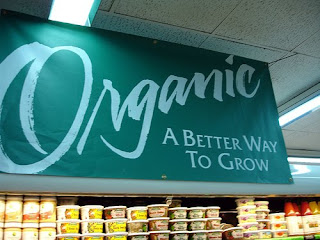 “Nutritionists” around the globe are decrying the evils of “Frankenstein foods” and GM plants. It has come to the point where you can go to a supermarket and either spend 90p ($1.38) for a regular packet of tomatoes or £1.38 ($2.11) for organic tomatoes. You can argue all you want about taste they may well taste better but nutritionally speaking they are the same thing.

So why am I being afforded the choice between Tomatoes or for 52% more I can have the organic variety (I wasn’t aware fruit and vegetables had branched out into the cybernetics business.). It all stems back from the Genetically modified food scares of the 90s. Newspapers pumping out scares of cloned spuds and mutant onions destroying our “local produce” and raping ecosystems with their green mutant penises.

What this all side steps is that man kind has been genetically modifying food for millennia ever since one of our ancestors started selectively breeding plants and animals we had begun down the evil road of genetically modified food.

One example that illustrates this perfectly is the common gardened banana a plant so perfect it has been used as an argument for creationists. However the wild banana is anything but palatable full of large seeds. Human societies have selectively bread it into the handy carb snack it constitutes today. Yet I don’t hear any “organic” food proponents decry the eating of the banana although they should given it’s genetically modified past. 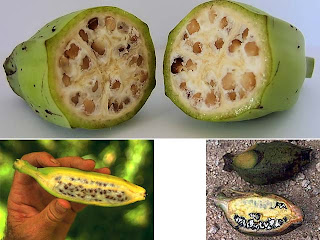 We now have more precise engineering methods that could let us modify foods and bring nutrition to millions who are not as fortunate as us and don’t have the luxury of paying 52% more money for an air of pretentiousnesses that only an organic fruit salad can allow one.

It is not just a case of taste it is getting to the point where hungry nations will reject foodaid becuase it may negatively effect their agricultural exports.

Two famine-stricken Southern African countries — Zambia and Zimbabwe — have rejected offers of maize from the United States, saying it has not been certified as being free of genetic modification, and arguing that they will only accept maize that has been processed into flour.

Both countries have expressed concern that strains of genetically modified (GM) maize, if planted, could result in genetic material from such strains being transferred to their indigenous varieties. This, they fear, could lead overseas markets, in particular Europe, to reject meat from animals that have been fed on the crop.

This is beyond insanity, all because someone wants some nice green packets with some reasonable tasting tomatoes.

Never mind the logical background or the effects on other societies on a purely selfish level it would be the right thing to do on healthy eating grounds… right?

Well as always I would ask you to turn to science so… in a recent systematic review carried out by Dangour et al (2009) published in the American Journal of Clinical Nutrition they concluded.

Background: Despite growing consumer demand for organically produced foods, information based on a systematic review of their nutritional quality is lacking.

Objective: We sought to quantitatively assess the differences in reported nutrient content between organically and conventionally produced foodstuffs.

Design: We systematically searched PubMed, Web of Science, and CAB Abstracts for a period of 50 y from 1 January 1958 to 29 February 2008, contacted subject experts, and hand-searched bibliographies. We included peer-reviewed articles with English abstracts in the analysis if they reported nutrient content comparisons between organic and conventional foodstuffs. Two reviewers extracted study characteristics, quality, and data. The analyses were restricted to the most commonly reported nutrients.

Conclusions: On the basis of a systematic review of studies of satisfactory quality, there is no evidence of a difference in nutrient quality between organically and conventionally produced foodstuffs. The small differences in nutrient content detected are biologically plausible and mostly relate to differences in production methods.

Not so good then.

This is another instance where you can make your choices at your own discretion but the stupidity of banning the genetic modification of foods and provision of GM food aid has to stop.

The pretentiousness of the organic movement needs to be punctured.

As with so many other areas of the western cultural sphere people need to stop buying into bad science and made up horse shit.