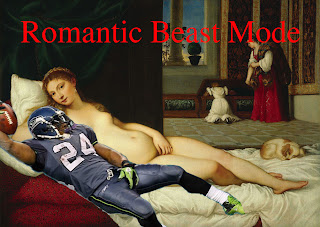 Recently I have decided to drop down a bit of body fat for the purposes of motivation and giving myself a record of what I have achieved I took some progress pics, this reminded me that I had some old progress pics lying around the internet in various photo-sharing accounts.

I thought I would use this as an opportunity to write up some of the learning I did over the years of lifting and the way it affected the way I looked, felt and not least what I learnt about lifting.  I would like to preface this article by stating that I am still natural, I say this because a lifter who has decided to not take AAS is going to have a completely different experience.

It’s not a moral judgement on those who do it really doesn’t bother me and I love seeing the progress that non natural trannies can achieve it really does help with my motivation.

For some continuity and to help with flow I am going to write about my experiences in chronological order.

Picture one and two where taken late in 2005 and the second picture where taken in early 2007.

At the time I had been training for maybe 1-2 years consistently and I would avidly read anything I could get my hands on regarding training.  Regardless of the source I used to post on two or three weightlifting forums and would get involved in massive debates regarding the details of training thinking that my acquired knowledge was of any use.

During the time my training was still pretty basic but I would occasionally get dragged into a training regime or diet that I had seen on the internet that would totally catch my attention and convince me that what I had just read was the greatest thing since the sliced pan.


Picture number three is after 3 weeks using the V-Diet a protein selling vehical dreamt up by the marvellous minds of bio test.  At the time I was making great progress using a basic training approach and just over eating in calories.  I had recently had surgery on my lowerback due to a surgery to clear out an infection which meant that I had to stop lifting which to me at the time was the end of the world because I had finally taken control of my diet and “knew” what I was doing.

I came back to training in September of 2005 after a 2 months lay off my lifts the first day I came back in the gym where down by a lot over the next 3-4 months I started to get my strength back by just eating calories and lifting.

These where at least 10kg over my old PBs which stood before the operation, but then in my “wisdom” I had decided that the velocity diet was the route for me!

Those who are unaware the velocity diet is a 100% liquid diet which consisted of wholly supplements during the 3 weeks that I followed this plan I seen my strength die off in the gym rapidly and day to day life was difficult.  I was reasonably happy at the time that I had achieved some form of leanness which was my main concern at the time.

The Anabolic Diet, Clean bulking and cunting your shoulder by being a moron (2007).

After the V-Diet I experimented for a while with different ways of eating and was 100% sure that carbohydrates where the children of Satan (after all I was a sports science undergraduate, lifted weights and had over 500+ posts on t-nation enough for a rational and authoritative opinion right?).

Over this time I had came across a few threads in forums discussing the Anabolic diet, so I promptly downloaded the E-book (sorry Pasquale) read it and decided that it was the future of bulking.  Over this period I was eating 4-5000 kcal a day made up wholly of meat, eggs and veg I was a poor student at the time so I was going through frozen reformed steak at a rate of knots.

I also developed my lifelong man crush on the george forman grill and long may it remain in my affection.  I went from 85kg after the V-Diet and being weak as a kitten and looking like an emancipated three year old up to a more acceptable 93kg whilst still maintaining that all important leanness.  After 12 weeks of clean bulking and even more expansive reading on the internet I hit upon a great plan that would surely sky rocket my mad gainz.

Each session consists of ruffly

5x a week,  to myself at the time doing low level pressing every day of the week seemed like a great idea sure I was only really pressing heavy weight 2x a week what harm could more frequency do?

Well with in 2-3 weeks of following this programme I had one seriously inflamed a/c joint to the point where I couldn’t even sleep without pain never mind bench press.  It took me about 2 or 3 weeks of trying to just get back into a normal training routine where I was only training 1x a week for pressing to realise that I had done something reasonably serious.

I stopped doing upperbody work for 4 months and wasn’t able to bench press a barbell with anything approaching a decent weight until 2008.

During the second half of 2008 I was shadowing a strength and conditioning coach and involved in my masters so I had an excuse to get away from training bench press properly because I was learning how to clean, snatch and jerk.

Needless to say after having such a negative experience with making up such a ludicrous training regime and getting injured to the point where I couldn’t engage in the hobby that captivated my attention so much I became a bit disillusioned with the internet and being an “expert”.

In the next article I will take you through 2008 until the present day.