I have had the pleasure of working with a multitude of sports and people.  I have worked with Olympians, Paralymic meadlists, Commonwealth games meadlists, Professional sports teams/people and people who want to loose weight.  When you spend a lot of time around people you begin to pick up on character traits of those who have made it to the top of their physical field vs those who haven’t reached the bottom rungs.  During this post I will list the 5 character traits/habits that I believe make for professional athletes.

I have yet to meet an athlete if any calibre who wasn’t willing to throw themselves into something 100% with very little justification or notice.  Be it a little competition in the gym at the end of a session, a conditioning session or their sport people who are good at truly good at sport aren’t afraid to get them selves sweaty.  My favourite example came recently from a professional athlete who had been playing his sport for 20 years.  He was engaging in a session I don’t believe he had any confidence in.

He didn’t “buy into the programme” what was his response?  He gave 100% into his session, he made a few jokes while he did it bit he absolutely gutted himself.  That is the mark of someone with a good work ethic.

This one is a mark of nearly every successful person I have ever met regardless of their background be it business, sport or academics.  If you don’t believe in yourself then no one else will.  It doesn’t mean they are arrogant or obnoxious (although it doesn’t mean they aren’t either) belief in your own abilities and your performances is really key to being successful.

For people to perform at their best they need to be able to almost act autonomously when they reach the level of performance where they are in the top 1% of their sport then the execution of their skills takes part in their subconscious.  Any concious thought slows down their reaction time and precision self doubt or anxiety are two of the biggest culprits for this.

Self confidence just removes one of the biggest barriers to performance – your own self doubt. 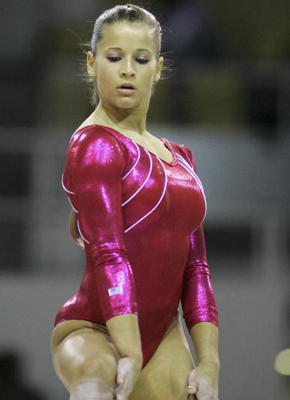 If you boil everything down to it’s essence when it comes to training what we are looking for is results.  Everything that a successful person does is down to the end game, being better at what they do with out that in mind no one would get better than everyone else.  Very few successful athletes train for the love of training they train to see the physical and mental results required to become the best at what they do, if they need to get a better back squat to help them get the edge on their opposition you better believe they are gonna squat with 100% focus and intensity until they achieved their goal.

People who become masters at one thing have often have little concern for anything other than the task they wish to achieve mastery of.  There isn’t a lot of time devoted to improving their abilities in other fields unless they see the carry over into their sport.  If they see a carry over then they will throw themselves unconditionally into something however with out that link of causality if I get x better then it will improve y for my sport then they can be tentative or not even engage with the cross training being offered.

Regardless of the subject or the matter people who are obsessed with results in their sport will see improvement through attrition over time if nothing else.

Everyone has heard of the robotic athlete or performer someone who just moves through the motions effortlessly doesn’t show emotion to winning or losing just moves onto the next opponent.  The reason this kind of person resonates so much with commentators or spectators is because they are so out of the norm.

It is an unavoidable nature of wrapping yourself so deeply in an activity your own mental health and mood are almost at whim to your success at your chosen activity.  How you react to your defeats is what separates the smart athlete from the emotional athlete but it is a common trait amongst almost every successful athlete.

Passion shows you actively care about your own performance or the performance of those you are involved with and this self investment will ensure you stay with it for the long haul.