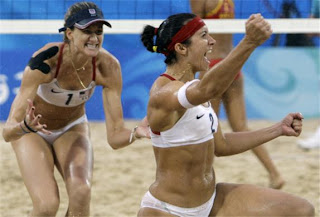 Carrying extra body fat around is a common sin for a lot of sports players be it recreational or at a high level.  I am in contact with international level performers on a daily basis and their lack of understanding when it comes to nutrition is striking.  Simple things like the role of protein in recovery from resistance training (as in muscle cell repair/growth) aren’t readily apparent to them a lot of them have nutritionists to help them and tell them what to eat but what about athlete’s who don’t have nutritionists to spoon feed them?

Exercise is not enough to keep you lean and it never will be unless your a professional athlete in which case you will be told what to eat anyway.  The knowledge of what foods to eat and an awareness of what is in food stuffs and an appreciation of what calories are and how many you need.  Simple knowledge that when a physically active person enacts it can lead to profound drops in body fat.

If you are involved in a team sport and don’t have a six pack that is a lot of dead weight you are carrying around to maybe no avail (in some collision sports like props in rugby or line men in amercian football a bit of fat might be a good thing).  Let us take an overly generalised example.  Let us say our example is a 82 kg hockey player who has 14% body fat.

So to the uncritical eye he is fit and in shape now let’s do some bro-math.

Which means he has 11.5 kg of Fat mass, whilst he probably would not want to get to 5-6% body fat as he would suck at hockey.  However if he was to drop 5% body fat (easily done assuming his diet isn’t the best) he would drop 4 kg of fat mass that is essentially doing nothing for him.

WITH OUT ANY TRAINING.

All he has to do is understand what good nutrition looks like and implement it. 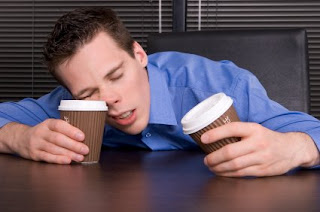 Sleep is always underrated when it come’s to performance.  When your an athlete who engages in 5-10 sessions a week over a period of 6 days your performance day to day in training is probably one of the biggest factors in your success.  The better you train the better you play typically.

One night’s sleep can have a profound decrement on your ability to perform the next day.

You might be foam rolling and getting ice baths but are you sleeping for 9-10 hours a night?

This is probably the most obtuse of the three but just throwing yourself into your training is one of the biggest determining factors between successful and non successful athletes.  Just straight up dumb as wood hard work!

Sure you might be intensely interested in the physiology of cell repair and the nuanced ways of how to help this process along that are so cutting edge you don’t even know if they work or not.  Or the interactions between volume loads and intensity during these phases of training or prior competition.  The best way to decay a taper etc…

Optimising training is fun but if your not training hard then there isn’t much point in polishing a turd.  If the job of your training programme is to stop you from over training or pissing blood then your missing a trick.

Motivating people or yourself to the point where you can give 100% is one of the keys to being the best athlete they/you can be.